The Ethics of Caring for Creation

A webinar exploring the ethical issues surrounding caring for creation and the climate crisis.

Being Fruitful: The Ethics of Caring for Creation took place on Wednesday 24 November 2021. The event followed COP26, the UN’s climate change conference in Glasgow. It was presented by the Moral and Social Issues Council (MASIC). 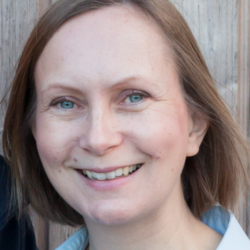 Kerry has been a Salvation Army officer for 21 years, serving in a variety of contexts. She currently co-leads the corps in Raynes Park, South West London.

Kerry and her husband Nick have two grown-up children whom they have just seen off to university.

Her passion is building relationships and communities where everyone and everything flourishes.

We heard from a range of perspectives in our webinar panel conversation, including theology, church leadership, campaigning and first-hand experiences of supporting people impacted by climate change.

Dave Bookless is Director of Theology for A Rocha International, an international Christian nature conservation organisation.

He is also an ordained Anglican minister leading a multiracial church in Southall, London, and a member of the Church of England’s Environment Working Group. In addition, Dave is an Associate of the Faraday Institute in Cambridge, a Global Catalyst for Creation Care with the Lausanne Movement, and serves on global committees for the Season of Creation and Renew our World.

Born in India, Dave and his wife Anne have lived in multifaith Southall since 1991, and their four daughters have all grown up there. He has a PhD in Theology and Biodiversity Conservation from Cambridge University, has spoken and lectured on environmental issues across six continents, and has contributed to over 20 books including Planetwise (translated into Chinese, Dutch, French, German, Korean and Spanish) and God Doesn’t do Waste.

Lizzy has been raising awareness locally through various community events. In September 2021 she was a guest panellist at the launch of The Cumberland Lodge 'Climate Futures: Youth Perspectives' report, which offers practical recommendations from young people to the international delegations and other stakeholders preparing for the UN's COP26 summit in Glasgow.

She is continuing the conversation with her church as to how best they can care for creation and live out The Salvation Army’s theology of 'caring for creation' as individuals and as a church.

Alan has been the Secretary for Business Administration since July 2014 and is responsible for all business functions of the UK and Ireland Territory – Finance, Property, Information Technology, Audit and Assurance and Business Services, which includes Fleet Management, Business Development and Tendering, Risk, Safe Mission (Health and Safety), Procurement, Data Protection and Secretarial and Administration Unit.

In 1975, Alan started work in his home city of Newcastle Upon Tyne where he worked in the Education Department of Newcastle Metropolitan District Council, as a Finance Assistant. Three years later, Alan trained to be a Salvation Army officer in London and then served in South Wales and in North and then West Yorkshire.

Since 1989 Alan has worked in Salvation Army finance in a variety of roles, moving between the headquarters responsible for the Army’s work in the United Kingdom and Ireland and in its International Headquarters.

Alan is married and has three children who are now grown up and married. He and his wife have six grandchildren ranging in ages from 11 years to 4 months.

Violet works as a Programme Adviser in charge of Sustainable Livelihood Programmes within the International Projects in the Salvation Army UK and Ireland. She has expansive experience working with varied faith-based organisations in Sub-Saharan Africa. She has a Masters in Agroecology and Food Security and has researched on how Climate Change is impacting the Food Security of populations in Africa.

She is a committed Christian member of Rugby Baptist Church where she also serves in the Environment Committee.

The Salvation Army’s response to the environment

Caring for creation is one of five mission priorities for The Salvation Army in the UK and Ireland - every aspect of our work must consider its impact on the environment.

The Salvation Army is committed to helping change attitudes, resulting in a more responsible use of our planet. We seek to provide practical care and advocacy for people affected by damage to the environment. This work includes international projects to help people increase their resilience to the effects of climate change and overcome food insecurity, as well as providing immediate support and relief to people affected by extreme weather events.

We are also a member of The Climate Coalition, the largest group of people dedicated to action on climate change and limiting its impact on the environment and the world’s poorest communities.

The Salvation Army believes that people will not experience fullness of life unless God’s creation is protected and cared for.

In October 2021, General Brian Peddle launched the updated International Positional Statement on Caring for the Environment.

About the Moral and Social Issues Council

The Moral and Social Issues Council (MASIC) reports to Cabinet, The Salvation Army’s senior spiritual leadership team in the UK and Ireland Territory.

The council includes officers and soldiers appointed by the Chief Secretary and is chaired by Major David Taylor. It aims to reflect the diversity of the territory and draw upon the skills, academic research, biblical and theological scholarship, and experience of its members and the wider Salvation Army.

For further information about the webinar, contact the Moral and Social Issues Council:

Connect with like-minded people across the territory. 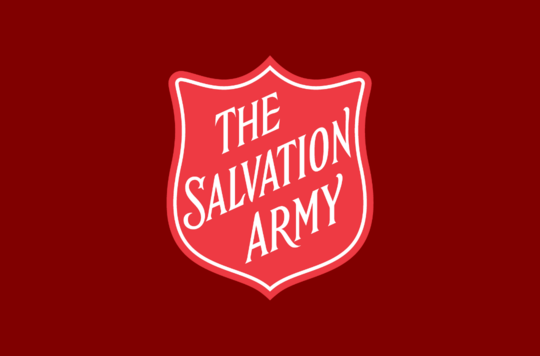 Caring for the Environment

The Salvation Army's International Positional Statement on Caring for the Environment. 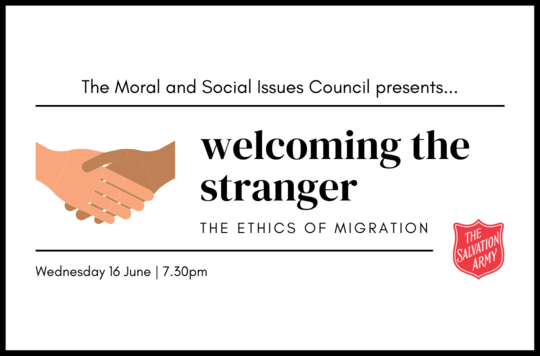 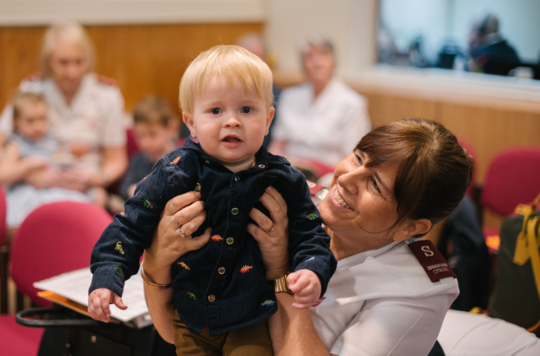 Our vision and mission

Learn more about our vision and mission priorities. 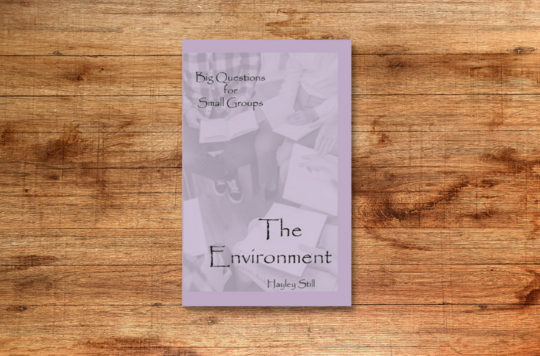 Hayley Still explores the biblical basis for caring about the environment and the role of the Church.